Here is the proof: 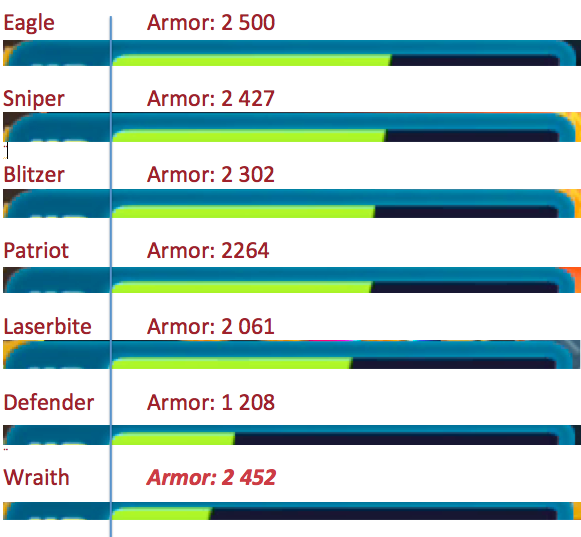 Brobots were dropped, armor was dropped, no equipment enhancing armor was kept. (However, some aspects are not taken inte account: E.g. Defender has 10 % reduction on incoming fire.) The plane was then flown straight into the first fireball, and a screenshot taken after that. The health bars is shown above after this first hit, together with the value of the planes armor. Then planes are ranked from top to bottom, on how much armor they lost after the hit.

As can be seen, the correspond well to the health bar

But looking at Wraith, things get wrong. Wraith should have received the least damage, except for Eagle in the above chart. But it has actually received more damage than Defender, which only has half of Wraith armor value.